“You put your right foot in…”

Pretty much six months ago, I wrote a piece entitled “3 Months with Hey”.

“On my Mac, I hate it. Somehow, I have turned my email into a doom scroll. On a traditional client, something is in archive because I decided to put it there. In Hey, everything has gone there. Quite possibly without me having seen it.

Now - on the phone, I can buy into letting things go. But, my Mac is home base. This is where I want to things to be in places, because I have been deliberate, and put them there. For me - Hey on the Mac creates anxiety. I want to see every mail and make a decision about it - and that runs counter to the thinking behind the service.”

So, obviously, the guys at Basecamp have changed the Mac app to suit my purposes.

Actually, no. They haven’t.

If I open a mail anywhere, then I must act, or accept that it will sink into my archive and out of my view. Hey is the same as it was. I have decided to accept its way of thinking. Why? Because my traditional management of e-mail is such a time-suck. I invest time and money in making sure that I have all my mail organised, preserved and backed-up. It feels neat. Controlled. What a busy fellow I am.

It’s also utterly pointless. I have decided my careful marshalling of e-mail is a bizarre form of Fear of Missing Out (FOMO). If I do need an old email, I search for it. I don’t go meandering through folders, I just type some keywords and hit enter. That works on Hey too.

I use a M1 Mac, and therefore can’t currently print an email. When Mike Hurley of Relay FM expressed regret that Hey on the Mac wasn’t all he was looking for, Jason Fried, CEO of Basecamp, responded that the Mac app was not a priority.

I began preparing my placard for the march on Basecamp. The Mac not a priority! I’ll show him.

Then I thought about it.

I don’t need email to be an app. I need it to get out of the way. I need it to stop pretending that it’s work. It isn’t. It just isn’t. Why print a mail? That’s just another way of setting it aside. This is my mail flow now.

I also have corporate mail - one account on an Exchange server, and another for my consultancy company. I run those accounts through the antithesis of Hey; MS Outlook. Good grief. Next time you have a moment, take a look at Outlook on Mac or Windows. A quick glance at it almost provokes an anxiety attack.

Hey doesn’t have all the functionality of good email clients.

That’s the point of it. 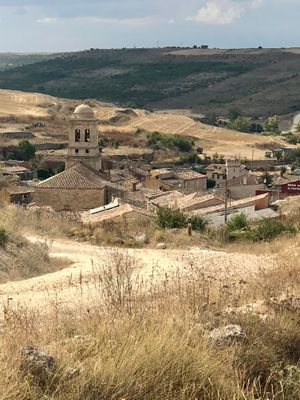