I have crossed the Pyrenees on foot. Intentionally offended the liberalatti of Twitter, even argued with my Sicilian wife. I'm a courageous fellow.

However, show me a snake and I'm a gibbering wreck. Last year, we had a big whip snake take up temporary residence in an outdoor cupboard. I had a stern word with it (from a safe distance) and allowed it a free night, but insisted it be gone by morning. Thankfully, it was in complete agreement, and was nowhere to be seen the following day.

This morning, I was taking my morning constitutional with the hounds. Summer is almost here, so we walk early, and not too far. I like a long walk in the heat, but the dogs are wiser than I. We stroll three quarters of a mile or so up the lane beside the house, then turn around and come back.

There, on the concrete path, was a coiled snake. Hardly an anaconda, it was probably a foot long. Charlie, the Jack Russell, hadn't seen or smelled it and was exploring at the end of his lead. Spice, the Cyprus poodle, had alerted me to the danger ahead, stopping abruptly.

So there we were. Spice on high alert, Charlie oblivious and the slitherer and I playing dead. I can't speak for the snake, but I was petrified. I backed away gingerly, and pulled both dogs close to me, out of harm's way. Were I a snakeologist, or a herpetologist, which I believe is the correct word, I might tell you all sorts of interesting facts about the specimen before me. As it is, I am a gibbering wreck, so I can't.

The thing was small, grey, and had a flat nose. Most importantly, it had a distinct, triangular head. Meet Vipera Lebetina, the Blunt Nosed Viper. A very young one. This little blighter is the bad boy of Cyprus snakes. A bite from one, untreated, will kill, although a quick trip to hospital will usually leave you just feeling a bit rough for a day or two.

Many here will kill a viper on sight, despite it being illegal to do so. Now - if I happened to have an assault rifle in my shorts pocket, I would be sorely tempted. However - little Snakey McSnake face had made no move toward me or the dogs, and I certainly wasn't going to get any closer or engage in hand to snake combat. Neither Charlie nor Spice was showing any interest in going near it, which just goes to show that dogs are not as stupid as they seem. I decided to be more dog.

Bravely, I used maximum zoom on my camera phone to snap a memento, gave it a wide berth and carried on our walk.

On our return SMcSF had moved on, presumably to go do snakey stuff out in the bondu.

Snakes are a fact of life here. Mostly, I don't see many. The whip snake seems to get itself run over on the road a lot, which is a shame, as one of its favourite meals is a Blunt Nosed Viper. I see one or two snakes on the golf course, and apparently one on my morning dog walk. Even though I'm terrified of them, they are part of the ecosystem, and have been here a lot longer than Homo sapiens. I'm all for a live and let live approach.

My writing is supported by people like you. Living the Dream is free to all, but there are other series, limited to members only. Membership costs £24 per year, or £3 per month. For this princely sum, you will get access to subscriber only posts and podcast, direct access to a members chatroom, and a digital copy of any and all work that I publish in the year. Most importantly, you get the warm fuzzy feeling that comes from supporting the creator, not some corporate behemoth. Become a member. 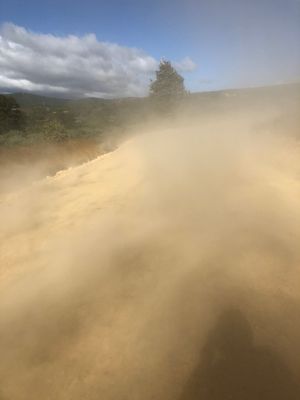 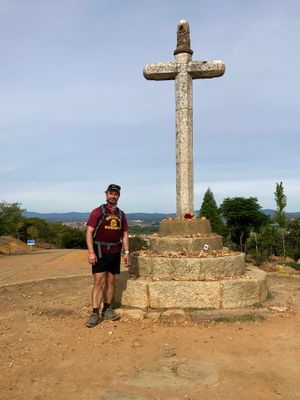