Living the Dream 96. Backed into a corner

The Cyprus government has laid out a plan for exiting lockdown, in common with many other administrations.

I can play golf, but if I’m sharing a cart - then I have to wear a mask. I can have a kebab, but only if I take it away. The shops and hairdressers have reopened, but to use one, I have to send a SMS. I’m allowed two SMS per day, each lasting 3 hours. If I’m playing golf, I need both SMS for that, so I can’t take the dogs for a walk, pick up a takeaway or go shopping. If I want to work, then I must get tested weekly, and I’m encouraged to get tested in any event.

Kids are going back to school, and there’s a roadmap for everything to return to normal. Cyprus is desperate to get some sort of tourism going again and wants to encourage a vaccine passport.

Everything is coming up roses.

Thing is, nobody’s told the virus. Our new daily case numbers stubbornly refused to drop below 100. Then, over the last few days, they started climbing. Over 300. The absolute numbers are, in themselves small, but the rate of increase is scary. A definite spanner in the “relaxation” works. The spikes are being attributed to the return to schools.

Several businesses are now challenging the government in court, claiming that the lockdown decrees are illegal. There are regular demonstrations against the measures. People are ticked off by the SMS. Thursday - or today as this post publishes, is “Stinky Thursday”, the traditional start of carnival season. It’s stinky, or smokey, because everywhere you go, people are cooking big lumps of pork (souvla) over coal. The army is being mobilised to support the police in enforcing social distancing. It tickles me that after everything we have been through over the last twelve months, it’s the idea of getting between a Cypriot and his kebab that has caused the army to be called out.

The answer of course, is vaccination. Progress is painfully slow. The EU maintains that it’s everyone else’s fault. Most galling to me, the EU prohibits member states making additional deals outside the framework. The EU deal is slow - but hey, what’s the rush? Having spent a year telling us that the virus was an existential threat, we’re now told that we should resist vaccines unless they come through the approved channels. Politicians just can’t help putting their own interest first.

What have we learned? What’s coming? The Great Depression or the Roaring Twenties? I haven’t a clue. I’m determined to think about it. Preferably on a golf course, or eating a kebab.

My writing is funded by people like you. Please sign up as a Member of the site, and never miss a free post. If you are able, take a paid membership and gain access to restricted posts, a members podcast and a community on Slack. As part of your membership, you are entitled to an electronic copy of any and all work that I publish. Currently, I am releasing individual weekly chapters of the first draft of my book on the Camino de Santiago, a 500 mile stroll across Spain. 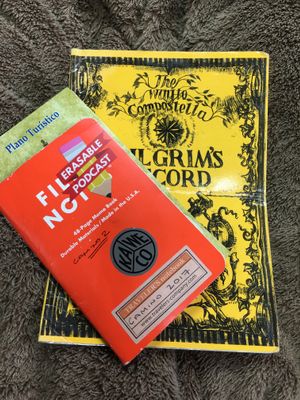 13. The Fleshpots of Burgos.